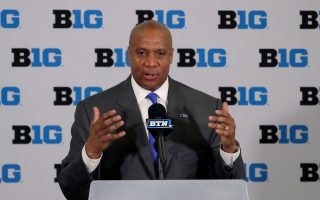 The Chief People and Culture Officer will oversee all aspects of the People function and human capital aspects of the organization. This leader will report directly to the Commissioner of the Big Ten Conference, Kevin Warren, partnering on all people and culture strategies and shaping the broader organization. This 125-year-old sporting institution must become more sophisticated, agile and efficient as it evolves, and this key leadership role will have a profound impact on the cornerstone goals of the Big Ten: empowering athletes, winning the hearts of fans, creating a stable financial position and building relationships with Big Ten Conference constituents. The business operations of the Big Ten are headquartered in Rosemont, Illinois near Chicago O’Hare International Airport. The organization has about 60 employees, with a 5-person office in New York City.

Throughout its history, the organization has pioneered rules for college athletics including eligibility, the primacy of academics and revenue sharing. Today, the Big Ten comprises 14 member schools across two divisions, as well as two associate members. Member schools range from Nebraska to New Jersey across the northern United States and have a combined enrollment of more than half a million students. These schools compete in up to 28 official conference sports, 14 each for men and women. Big Ten programs have combined to win more than 450 team and 1800 individual national championships.