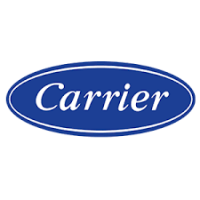 Richard Fine comes to Carrier from Jacobs Corporation where he was Vice President, Total Rewards and HR Operations. Reporting to the Chief HR Officer at Carrier, Mr. Fine will act as a close strategic partner to the leadership team to ensure all compensation and benefit programs align with the goals of the company. He will implement programs to attract, reward, and retain top talent to maintain the organization’s objectives and competitive position in the marketplace.

Started by and named after the inventor of modern air conditioning, Willis Carrier, Carrier Corporation is the world leader in heating, air-conditioning and refrigeration solutions. The company currently operates in countless industries, offering solutions in all forms of residential and commercial HVAC systems, transport and commercial refrigeration, fire, security, and building automation. It owns many well-known brands including Carrier, Chubb, Kidde, Edwards, LenelS2, and Automated Logic. Carrier and its subsidiaries have 54,400 employees with $18.9B in sales in 2018.

Carrier’s parent company is United Technologies Corporation (UTC), an American conglomerate of companies in the aerospace, HVAC, and elevator industries, among others. Founded in 1934 as United Aircraft, the company changed its name in 1975 to reflect their intentions to diversify into other industries beyond aerospace. Today, UTC has four main business units. As mentioned, Carrier is in the HVAC sector. In the aerospace sector there is Pratt & Whitney, a designer and manufacturer of aircraft engines, and Collins Aerospace, the recent acquisition and manufacturer of various aerospace systems. Outside of aerospace there is Otis Elevator, a manufacturer and installer of elevators and escalators. Currently, UTC employs 240,000 people worldwide and is headquartered in Farmington, Connecticut.