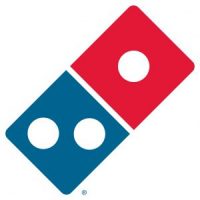 Ms. Price joins Domino’s from Nordstrom, where she recently served as Senior Vice President of Human Resources and prior to that she was Vice President of Partner Resources for Starbucks. At Domino’s, reporting to CEO, Ritch Allison, she will be a crucial member of the executive leadership team, leading all talent functions. She will create and drive progressive attraction, retention, and engagement initiatives, evolve strong cultural values, and build HR infrastructure and capability to support a high growth company.

‘Lisa possess the perfect blend of authenticity and approachability. She has a distinctive leadership capability and will have an enduring, positive impact throughout the organization and on the executive team’, said Jason Hanold, Managing Partner at Hanold Associates.

Started in Ypsilanti, Michigan, by brothers Tom and James Monaghan in 1960, DomiNick’s eventually turned into Domino’s after Tom Monaghan bought his brother out of the business for the simple trade of a 1959 Volkswagen Beetle. As of 2018, Domino’s is the largest pizza seller in the world and the seventh largest global fast food chain with more 15,900 locations in 85 different international markets. Stores are mostly franchises (93% in the US, owned by 800+ franchise owners), with Domino’s owning and operating about 400 stores.

From their ‘Heat Wave’ hot bag in the late 1990’s to testing autonomous self-driving delivery cars in 2017, Domino’s has famously stayed on the forefront of technology. They rolled out online ordering in 2007 and their now-famous pizza tracker to monitor order status in 2008. Domino’s was smart to invest in their online capabilities, as the company currently receives around 65% of its orders through digital channels.

Domino’s aspires to become a $25B global business by 2025, almost doubling where it ended 2018 ($13.5B). This is following the last decade of industry leading growth where US store volumes have doubled, and its international business just completed its 100th consecutive quarter of same-store sales growth.