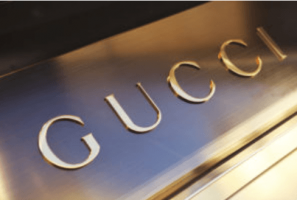 As the Global Head of Diversity & Inclusion, Ms. Tirado will develop strategies to increase workforce diversity and create a more inclusive workplace in line with the Gucci 25.0 Culture. Reporting to the Chief People Officer, Luca Bozzo, and with a close working relationship with CEO, Marco Bizzarri, she will be responsible for the leadership and management of Regional D&I Directors as well as the local Changemakers committee. Ms. Tirado will also lead the North American Regional initiatives as the role scales. Her strong internal orientation and appreciation of the notion of a fast-paced and ever-changing mentality will fuel the success and continuous improvement of the company. This is a significant build opportunity that will positively impact the perspectives, approach and behavior of the people of Gucci globally. Gucci wants employees throughout the world to have the freedoms to be themselves and for all to share a deep sense of belonging.

Gucci is one of the world’s leading luxury fashion brands with a reputation for creativity, innovation and Italian craftsmanship. Gucci was founded nearly 100 years ago in Florence, Italy. Originally a shop that retailed fine leather goods, the company has expanded their product offerings over the past 98 years to include all lines of clothing, shoes, bags, accessories, watches and jewelry. In the modern era, Gucci is a fashion powerhouse, known for their extravagant runway shows and as one of the most recognized brands on the planet. Gucci has approximately 520 stores throughout the world, with approximately 18,000 employees. These employees contributed to the company’s $9.5B in revenue in 2018.

The Gucci brand is owned by the Kering Group, an international group of luxury, sport and lifestyle brands based in Paris, France. The group, then known as PPR, acquired a controlling stake of the Gucci brand in 1999. Kering had annual revenues of $17.5B in 2017. Kering empowers its employees to fulfill their potential and creativity by fostering their skills and performance in the most imaginative and sustainable manner.

As a company with a culture of purpose, Gucci has created Gucci Equilibrium, a collection of the values, positive instincts and ambitions of the company. It’s a balance of the aesthetics of the things they produce with the ethics in which they believe. They are driven by their Culture of Purpose (central to everything found within Gucci Equilibrium) to answer the expectations of their customers, their employees, their suppliers and everyone in the wider Gucci family.

Gucci’s culture is based around their manifesto of values: a constellation and guiding star that any employee, in any division in the company, can look up to for guidance. This manifesto is made up of six values: being daring and supporting ambitious goals, being inclusive in thought background and skills, being respectful to all people, being responsible to support personal growth, being trustworthy for healthy and sustainable relationships and being changemakers in social and environmental climates.