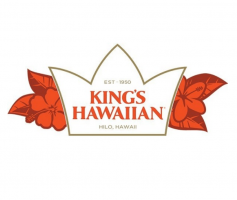 Jennifer Kuchyak comes to King’s Hawaiian from Hulu where she held various Leadership roles. Reporting to the interim Chief People Officer of King’s Hawaiian, Amy Hirsh Robinson, Ms. Kuchyak will lead all recruiting, branding and TA analytics efforts for the company. She will drive the King’s Hawaiian People Strategy by serving as a strategic partner to the business and the face of the organization’s recruiting efforts.

“Jen is an exceptional TA and people leader who will be a transformative addition to the King’s Hawaiian team,” said Mayank Parikh, Hanold Partner. “They’re building on top of a distinctive, people-first culture and we’re confident that Jen will help the HR team and their leadership tell their story more broadly and elevate their employer brand at a critical time during their growth journey. We’re excited to see what they accomplish together.”

King’s Hawaiian is a family-owned bakery best known for its iconic Hawaiian bread. The company was originally founded in the 1950s as Robert’s Bakery in Hilo, Hawaii, on the Big Island. After local success with its bread, which came to be known as King’s Hawaiian Bread, the company expanded in 1963, moving to Honolulu and renaming itself King’s Bakery. After tourists began mailing enough Hawaiian bread back to the mainland to make it the largest customer of the USPS in Hawaii, in 1977, the company opened a new factory in Torrance, California.

The company’s mission is to “deliver irresistible Hawaiian food with aloha spirit that families enjoy every day, everywhere.” Since the inception of its first strategic plan in 2006, King’s Hawaiian has increased its size tenfold and its distribution has expanded to a total of 16 countries. Due to the company’s strong financial position, strategic investments and visionary leadership, plans to further expand its brand, products and consumer experience through innovation and strategic acquisitions are underway.