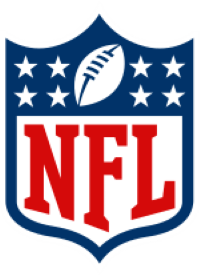 The NFL is America’s most popular sports league and is comprised of 32 teams that compete each year to win the Super Bowl, the world’s biggest annual sporting event. Divided between two conferences: the National Football Conference (NFC) and the American Football Conference (AFC), the NFL has the highest attendance average of any professional sports league in the world.

Founded in 1920, the NFL developed the model for the successful modern sports league, including extensive revenue sharing, competitive excellences, strong franchises and national distribution. With more than 180 million fans and an annual championship game that is treated like a national holiday, the NFL is one of the largest and most recognizable brands in the world.

Headquartered in New York City, the NFL has offices across the globe, including the media office based in Culver City, California, and the NFL Films office based in Mt. Laurel, New Jersey. They also have additional offices in Atlanta, Washington DC, Chicago, the U.K., China, Mexico and Canada.

The CHRO will be surrounded by some of the most successful people in business. Based in New York City, the CHRO will be responsible for all facets of the people operation and human resources capabilities for the league office. He/she will be a critical member of the executive leadership team and is expected to meaningfully contribute to the strategy, competitive advantage, execution and risk management of the company. The role requires a strong operator who will help drive a critical transformation, operating with deep empathy, compassion, integrity and objective independence.