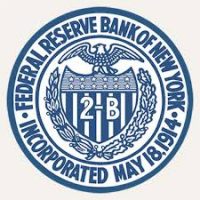 Theresa Torres comes to the Federal Reserve Bank of NY from Diversity Best Practices (A Working Mother Media Company) where she was the Senior Director of Global Advisory Membership Services. Before that she was the President of ALPFA, a non-profit board focused on the development of LatinX leadership. In this newly created, mission-critical role at the Federal Reserve Bank of NY (FRBNY), Ms. Torres will be tasked with oversight of all DE&I programs throughout the bank. Reporting directly to the Executive Vice President, Chief Human Resources Officer and Co-Chair of the Pandemic Crisis Response Committee, Lacey Dingman, she will serve as a key member of the HR Leadership Team tasked with developing, implementing and continuously advancing FRBNY’s DE&I programs, and responsible for the Office of Minority and Women Inclusion Annual Report to the US Congress.

“Theresa is a passionate D&I leader and remarkable person. She brings a wealth of experience to the Federal Reserve Bank of New York during a time of exciting transformation,” said Keri Gavin, Partner on the search. “She will be a trusted thought partner to President, John Williams and CHRO, Lacey Dingman. Theresa will have a profound and lasting impact on the Bank and the many communities it serves.”

As the Central Bank of the United States, the Federal Reserve Bank of New York is part of the Federal Reserve System. It is responsible for conducting research, creating and implementing monetary policy, supervising institutions, providing currency as well as serving and financing the US government’s operations. The Federal Reserve Bank ensures stability, integrity and efficiency in the nation’s financial systems to promote optimal economic performance, allowing Americans to live their dreams. The nation’s twelve Federal Reserve Banks are spread across major US cities and serve as arms of the central banking system. The FRBNY is the largest by assets, most active by volume and is the most influential of the twelve banks as a result. It oversees the Second Federal Reserve District and maintains responsibility for New York state, parts of New Jersey and Connecticut, and all of Puerto Rico and the US Virgin Islands.